Researchers of SECORE International (USA, Germany), the University of Amsterdam (Netherlands) and the Carmabi Marine Research Station (Curaçao) have for the first time successfully raised laboratory-bred colonies of a threatened Caribbean coral species to sexual maturity. “In 2011, offspring of the critically endangered elkhorn coral (Acropora palmata) were reared from gametes collected in the field and were outplanted to a reef one year later”, explains Valérie Chamberland, coral reef ecologist working for SECORE and Carmabi. “In four years, these branching corals have grown to a size of a soccer ball and reproduced, simultaneously with their natural population, in September 2015. This event marks the first ever successful rearing of a threatened Caribbean coral species to its reproductive age.” These findings have been published in the latest issue of the scientific journal Bulletin of Marine Science.

Due to its large size and branching shape, elkhorn corals created vast forests in shallow reef waters that protect shores from incoming storms and provide a critical habitat for a myriad of other reef organisms, including ecologically and economically important fish species. An estimated 80% of all Caribbean corals have disappeared over the last four decades and repopulating degraded reefs has since become a management priority throughout the Caribbean region. The elkhorn coral was one of the species whose decline was so severe that it was one of the first coral species to be listed as threatened under the U.S. Endangered Species act in 2006, and as critically endangered under the IUCN Red List of Threatened species in 2008. Consequently, measures to aid Caribbean reef recovery often focus on the elkhorn coral given its major decline and its ecological importance.

Since 2010, SECORE, Carmabi, and partners from aquariums around the world started a project aimed at developing techniques to rear larger numbers of elkhorn coral offspring so they could eventually be outplanted to degraded reefs throughout the Caribbean. “Our approach differs substantially from the one generally used by the large number of reef restoration groups that operate throughout the Caribbean”, explains Dirk Petersen, coral reef expert and director of SECORE. “These groups generally use the ‘coral gardening’ approach, where small fragments are harvested from coral colonies on the reef. The fragments are then grown in special nurseries to larger sizes before they are returned to the reef.” Although this method has been applied throughout the Caribbean, it does not allow for new genetic combinations as the fragments harbor the same genes as the donor colonies and are therefore copies of their parents. “By contrast, SECORE developed a technique whereby male and female gametes are caught in the wild and fertilized in the laboratory to raise larger numbers of genetically unique corals”, says Dirk Petersen.

Elkhorn corals reproduce only once or twice a year, generally a few days after the full moon in August. During those nights, Acropora colonies synchronously release their gametes into the water column. The project team collects a small proportion of these gametes by gently placing special nets around spawning colonies to collect the floating gamete bundles. After collection, the researchers produce coral embryos by in vitro fertilization, mixing sperm and eggs in the laboratory. Coral embryos develop into swimming larvae within days and eventually settle onto specifically designed substrates. After a short nursery period, the project team outplants the substrates with the newly settled corals to the reef. Details on the techniques developed by SECORE during this project were recently published in the scientific journal Global Ecology and Conservation.

“We just learned that elkhorn corals can reach sexual maturity in only 4 years. This is exciting news, as we now know that offspring raised in the laboratory and outplanted to a reef can contribute to the natural pool of gametes during the annual mass-spawning of elkhorn corals within 4 years”, says Valérie Chamberland. By using a restoration method based on sexual rather than asexual (or clonal) reproduction, the SECORE method also promotes the formation of new genotypes that could potentially cope better with the conditions on modern reefs than their already struggling parents. These sexually-bred corals therefore not only aid in the recovery of dwindling elkhorn coral populations by increasing the number of colonies, but also by increasing the genetic diversity of this critically endangered species, thus giving evolution the opportunity to play its part.

While these initial results provide some hope for the restoration of endangered elkhorn populations, restoration cannot perform miracles. “Our techniques can only support natural recovery, which means that conditions have to be appropriate to allow long term survival of outplanted corals and succession by other organisms to restore ecosystem functions. Hence, outplanting efforts have best chances for success in well managed areas where stress has been reduced, but where, for some reason, no natural recruitment occurs. We don’t get around to protect coral reefs and to apply additional management tools to reduce overfishing, pollution and other threats to coral reefs”, underlines Dirk Petersen. “So far, any restoration effort is restricted to small areas and involves costly and labor intensive hands-on work. We now need to take the next step forward to apply our findings on a larger scale in Curaçao and elsewhere in the Caribbean. For that purpose, we started a joint pilot project last August.”

This work would not have been possible without the cooperation and support of SECORE’s partner aquariums such as Curaçao Sea Aquarium, Columbus Zoo and Aquarium, Pittsburgh Zoo & PPG Aquarium, Shedd Aquarium, and Henry Doorly Zoo. 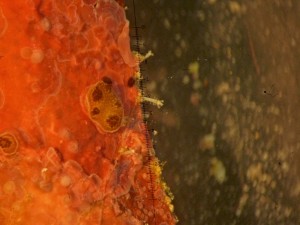