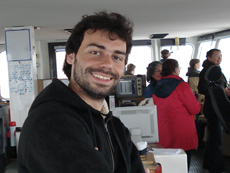 Research interests on Curacao:
I arrived for the first time in CARMABI in 2001, working under the supervision of Prof. Rolf Bak in a student project that took me to dive all the muddy inland bays of the island. After achieving my MSc and a 1–year research period in coastal management across the Azores islands, I had the opportunity of coming back to Curaçao as a PhD student in 2004, this time to dive in the clear reef waters.

During the last 4 years I successfully visited CARMABI several times, also bringing along students that performed part of their research projects at CARMABI. The main aim of my PhD project is to understand how corals and their symbionts cope with the large light gradients that exist over reef slopes. With this objective in mind, we use the coral genus Madracis as biological model. The genus Madracis is characterized by morphological diversity between species and morphological plasticity within species. Although Madracis covers the whole reef slope, the individual morphospecies show distinct depth distributions, offering an interesting framework to investigate the photobiology of corals and the respective roles of host and symbiont.

We look at genetic variation of Symbiodinium in the genus Madracis over large depth ranges (0-60m), assessing the flexibility/stability of the association, also by means of experimental approaches such as reciprocal depth transplantations. We further link symbiont variation to functional properties, such as symbiont densities, cell size or photosynthetic pigment composition. Finding suggest that symbiont functional diversity has a significant role in coral adaptation to depth/light but does not completely explain host vertical distribution patterns, highlighting the importance of species-specific morphological and physiological properties of the coral host. In this respect we are interested in host features having an active role in modulating the light environment available to their symbionts, features such as colony topography, skeletal morphology or host pigments.

Other topics of research are coral reproductive biology, coral-symbiont associations at larval stages and larvae settlement cues. Finally, another major working topic of my interest is coral molecular phylogenetics. Here, we investigate species boundaries in the genus Madracis, exploring the congruence between phenotype (morphology, reproductive traits, ect) and genotype, aiming to understand the evolution of the genus, for which introgressive hybridization events are currently thought to be involved.

I look forward to follow-up research projects in Curaçao and CARMABI, and I’m open to new research collaborations. 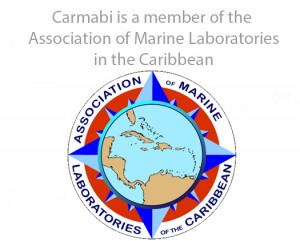